“I’m from Genoa, a place famous for pesto. After high school I moved out from my hometown, which is not so common in Italy because Italian people do not want to leave the comfort of mommy ironing their underwear, cooking for them, and cleaning everything. But I chose to venture out to pursue Japanese studies at a university in Venice.

“Learning languages comes really easy to me; I speak five—Italian, English, Spanish, Brazilian Portuguese and Japanese. But I’m not a big fan of how they teach them here in Japan. You can’t just know what to teach, but also how to teach.

“It’s so frustrating and boring when you’re just a beginner and they teach you Kanjis on cats, dogs, and trees. It’s like how children are taught in elementary school.

“Instead of working your way up from basic strokes to more complex ones, regardless of whether the order starts straight away with sophisticated words, they always introduce Kanjis with basic meaning first then move on to more difficult concepts that adults can appreciate better. I mean, it’s like doing the opposite with kids. It doesn’t matter if the Kanji is easy to write, six-year-olds would not be able to remember abstract concepts like politics or any difficult word even with easy strokes.

“So one of the things that I would love to do is find a way to study Kanji effectively or teach adults in a way that doesn’t get too boring. After all, adults don’t have sponges for brains, unlike children.”

“The day I arrived in Japan I was so freaking tired and looked so lost that a middle-aged Japanese man approached me, asking `May I help you?’ I said, `Yes, please!’ Then he asked, `Where are you going?’ to which I replied, `to Nishi-Nippori.’ Turns out he was heading the same way so he dragged my super heavy suitcase up the staircase of the train station. Then he sat next to me on the train and asked me where I’m from. I told him that I’m from Italy and the first thing he said was `Berlusconi!’ In my head I thought, `What the fudge.’ Apparently, he was working for then Prime Minister Koizumi, who, according to him, was good friends with Berlusconi. So in my head I said `Uh-oh, you Japan are in big trouble!’ And that was my first day in Japan, back in 2003.” 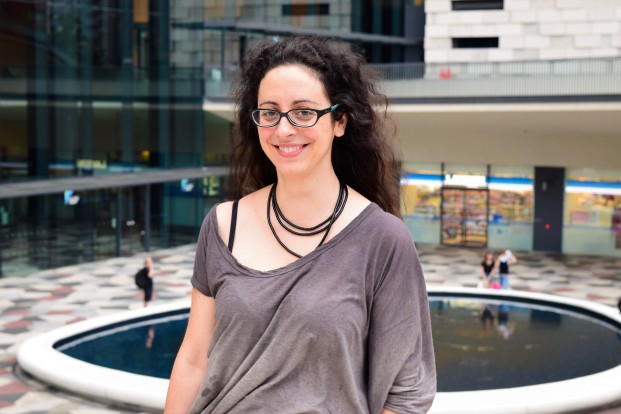 Finding diversity and inclusion. Breaking down barriers one post at a time. Stories and snapshots of foreigners making their way in Japan. View all posts by tokyointerlopers