I was born in Chiba and went to my first year of primary school here in Japan. My mother is Chinese and my father is Japanese. But my mother figured that Japanese society may be too closed to bring up her children.

If you go to a school and say you’re half Chinese, you kind of feel like people look at you because you are not full Japanese. My mother wanted to raise me somewhere more open so we moved to Australia when I was 7. I lived in Sydney for twelve years and then decided to move back to Japan for undergrad.

I think I built up this image of Japan because I lived there until I was seven. It was kind of nostalgic, and the memories I left behind were more beautiful in my head. When you come back to live it’s different than if you come back for one month. My first baito (part time job) was at an izakaya (Japanese style bar) when I was 18, and was my first negative experience that I had in Japan. 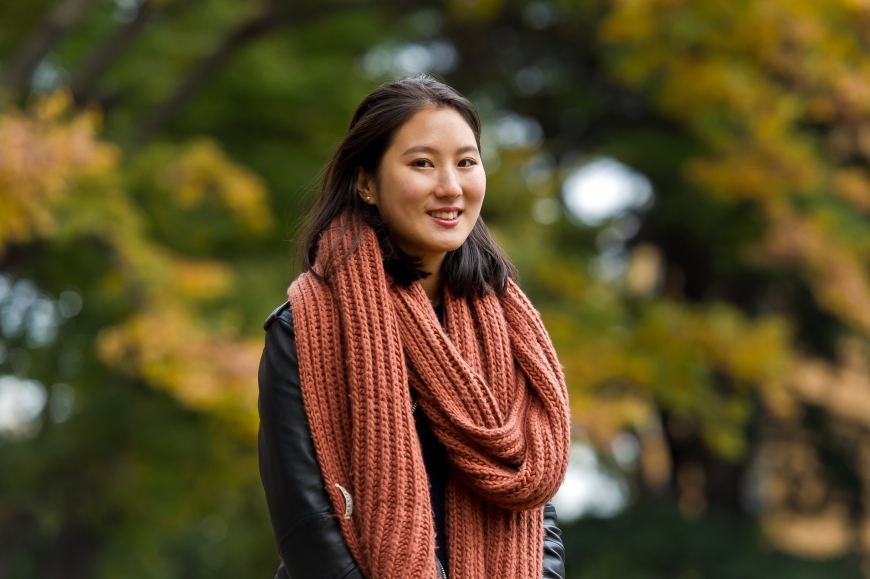 I was never interested in China because my mother spoke to me in Japanese. After she got married to my father she nationalized to Japan. The only reason I decided to go to China to live the first time was because there was the Great East Earthquake in 2011. My Chinese grandparents got worried and suggested that I come to China.

I wanted to go back, and the longest time I went to China is when I went to Nanjing as an exchange student. It was really interesting because I decided I wanted to volunteer at a migrant school. There are so many kids studying in Nanjing who were born outside of the city, and they cannot enroll into public schools due to government rules. So the majority of the students cannot afford to go to the greatest school, as private tuition is expensive. During my time I met a lot of students from the rural areas, it led me to want to learn more about China, migrant society and issues in East Asia. That is why I a chose a master’s program where I study in Tokyo, Beijing and Seoul.”

Born and raised in Seattle, Washington Tim is currently living and working in metropolitan Tokyo, Japan. Heavily influenced from scenic vistas of the Pacific Northwest, Tim’s photographic style demonstrates the dichotomy between urban landscapes seamlessly fused with nature and seeks to show the beauty found in everyday life. View all posts by Timfranklinphotography